Goalkeepers across the Groups

We’re now approaching the first ever World Cup to be held during the western winter with an unfamiliar backdrop of Christmas, dark nights and weather unfit for big screens in beer gardens. Nevertheless, nations around the world will be gripped when Qatar and Ecuador kick off at the Al Bayt stadium on Sunday.

In this Sparta Spotlight, we look at a goalkeeper from each group, looking to write their name in the history books of the most famous sporting competition on earth, following the likes of Oliver Kahn, Dino Zoff and Gordon Banks. Senegal kick off their campaign against the Netherlands on Monday. Whether that will be without talisman Sadio Mane remains to be seem. What we do know is that Edouard Mendy will line up between the sticks.

Mendy has had a fairly interesting 2022, saving two penalties in the AFCON final against Egypt to win their first ever title, but has seemingly been relegated to second choice at Chelsea due to Graham Potter’s preference towards Kepa.

The Champions League winner will be desperate to showcase his talents, not only because they will be key for Senegal to progress, but to force his way back into the Chelsea side. In a fairly tough group, the performances of Mendy and that of Mane at the other end of the pitch should he be fit enough to feature, will determine whether Senegal can finish above at least two of Netherlands, Ecuador and hosts Qatar. 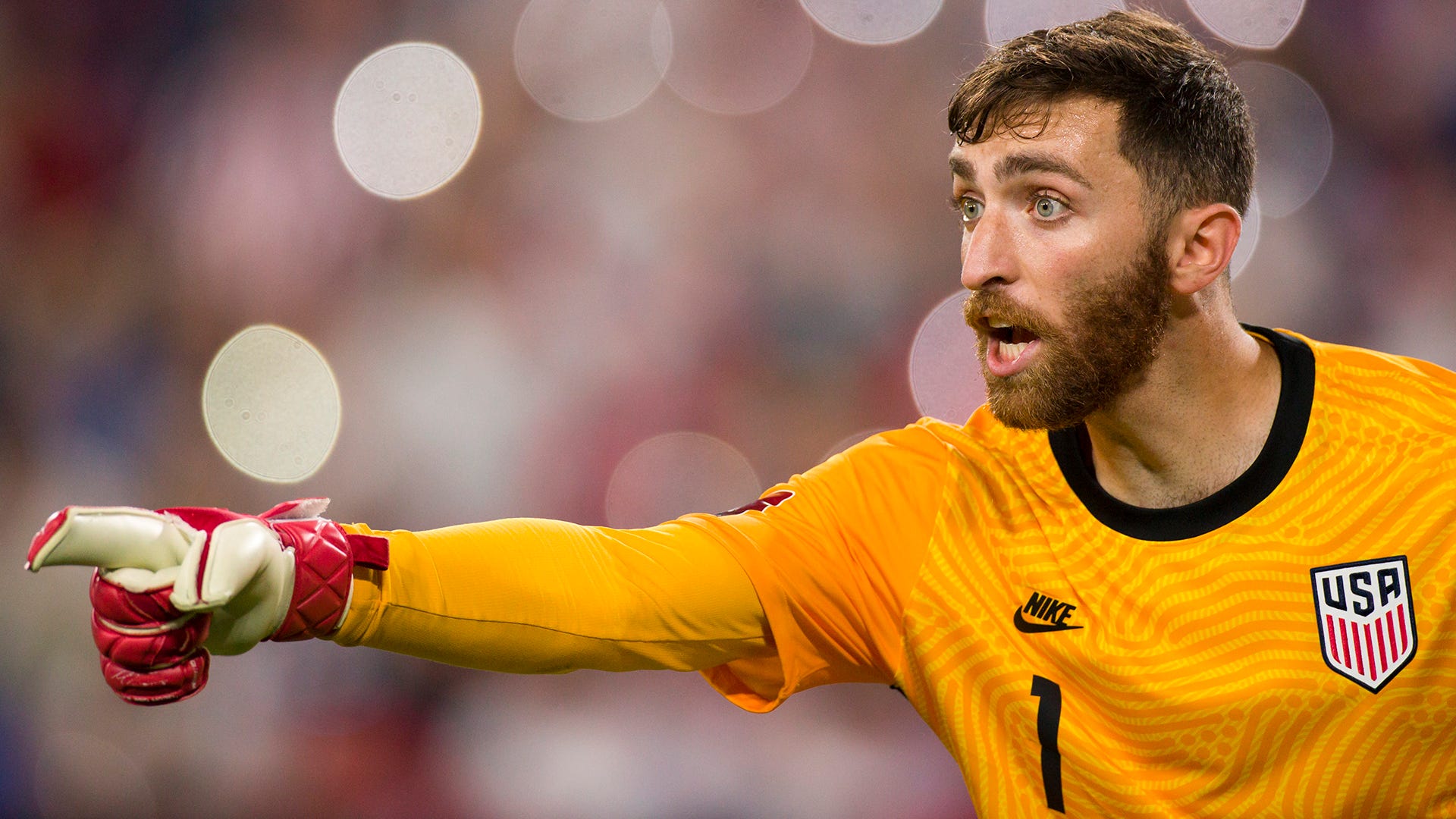 Despite Zack Steffen and Evan Hovarth playing regularly in the Championship (the former not even in the squad), it is back-up Arsenal ‘keeper Matt Turner who is likely to start for the USA in Qatar, having played the majority of their qualification games.

Group B is a very British affair, with both England and Wales drawn in the same group for a second major tournament in four.

Whilst Turner will be familiar to those who have watched Arsenal’s Europa League and Carabao Cup games, many will be seeing the former New England Revolution goalkeeper, who only signed for Arsenal in the summer, for the first time when he lines up against Wales next Monday.

The youngest squad in the competition will face both British sides in Group B in their opening two fixtures, before their final game against Iran. 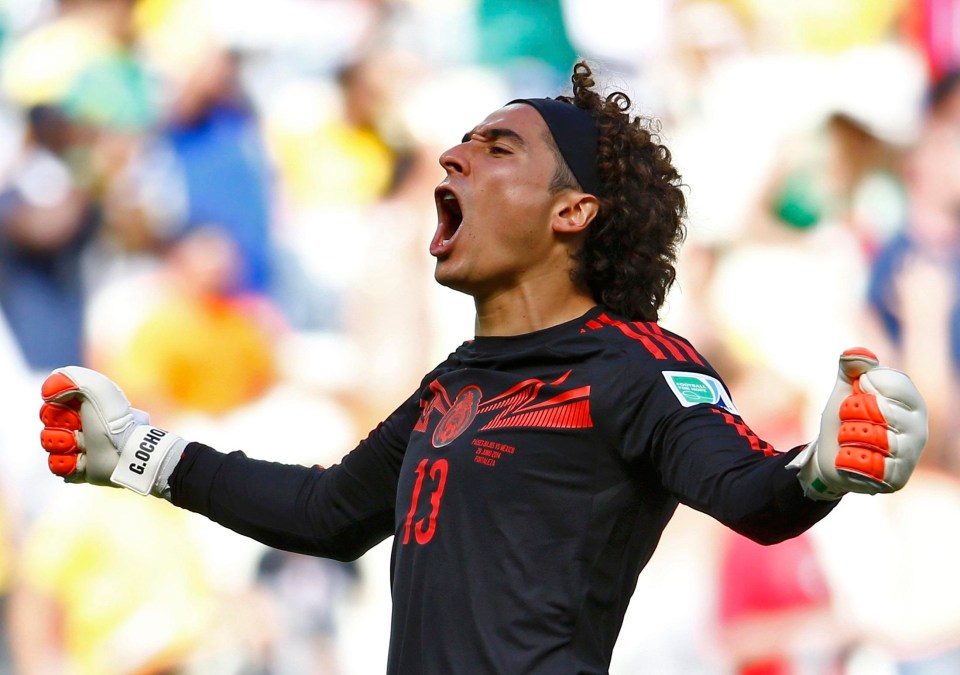 Guillermo Ochoa will be travelling to his fourth World Cup in Qatar, but at 37 it is very likely to be his last as a player.

The recognisable curls and headband have made him a maverick character at each World Cup he has played at, with Mexico eliminated in the round of 16 in all of them, as well as every other instalment since 1994. At least they’re consistent!

With an ageing squad and less than impressive qualification campaign, many are tipping Mexico for an earlier exit, but Ochoa will be determined to break the curse of Quinto Partido by virtue of being closer to the summit of the competition and not at the group stage.

The Mexico and Club America custodian has the unenviable task of stopping both Lionel Messi and Robert Lewandowski as they face Argentina and Poland in Group C, as well as the slightly less formidable Saudi Arabia. 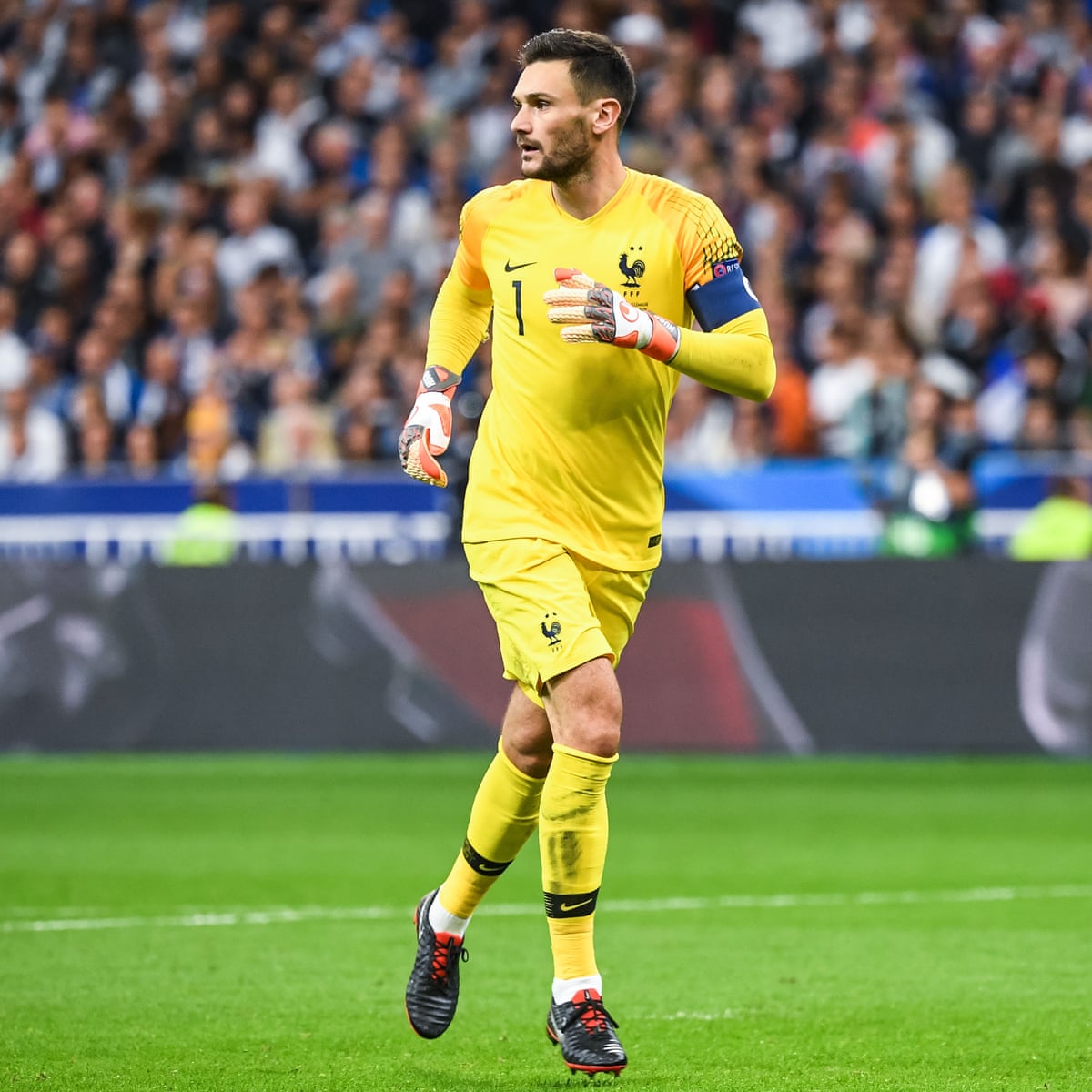 This is a huge World Cup for France. Not least will they be looking to buck a trend of 4 of the last 5 champions being eliminated at the group stage from the following tournament, a trend that they indeed started in 2002. In order to replicate their 2018 form, they will be looking to demonstrate they are better than their poor showings at the European Championships and Nations League.

For Hugo Lloris, an iffy run of form at Spurs will make him even more determined to perform as he can in Qatar. A winner with France in 2018, Lloris could be the first ever captain to lift the trophy in consecutive World Cups.

With Euro semi-finalists Denmark in their group, Didier Deschamps’ side will have a fight on their hands to win the group, but with Tunisia and Australia making up the other spaces in Group D they SHOULD make it to the round of 16, unless the curse strikes again… 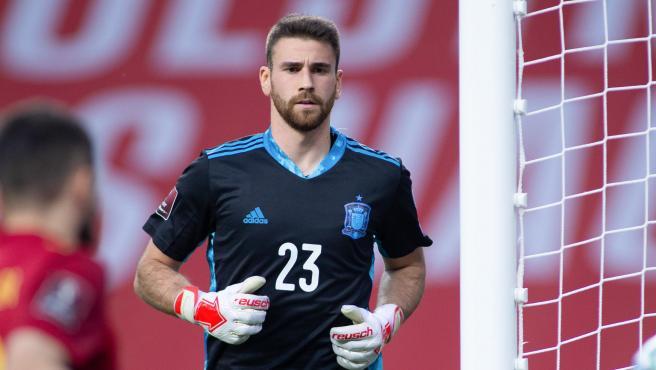 Basque-born and Atletico Bilbao man Unai Simon is set to be Spain’s first-choice goalkeeper in Qatar, with predecessor David De Gea frozen out by Luis Enrique after Euro 2020. Simon, who was part of Spain’s Euro 2020 squad, did not feature in the competition and is likely to make his first ever tournament appearance against Costa Rica, before a humdinger with Germany.

The 2010 world champions were drawn in a very tough group, alongside 2014 champions Germany, Japan and Costa Rica.

A young squad lauded as the procession of the old guard, with the exception of Cesar Azpilicueta and Sergio Busquets, Simon and co are tipped by many to do significantly better than their pitiful showings in their last two World Cups.

The former Barcelona stopper has great trust from his manager, who dropped David De Gea as he needs a goalkeeper ‘who instils calmness in the team.’ 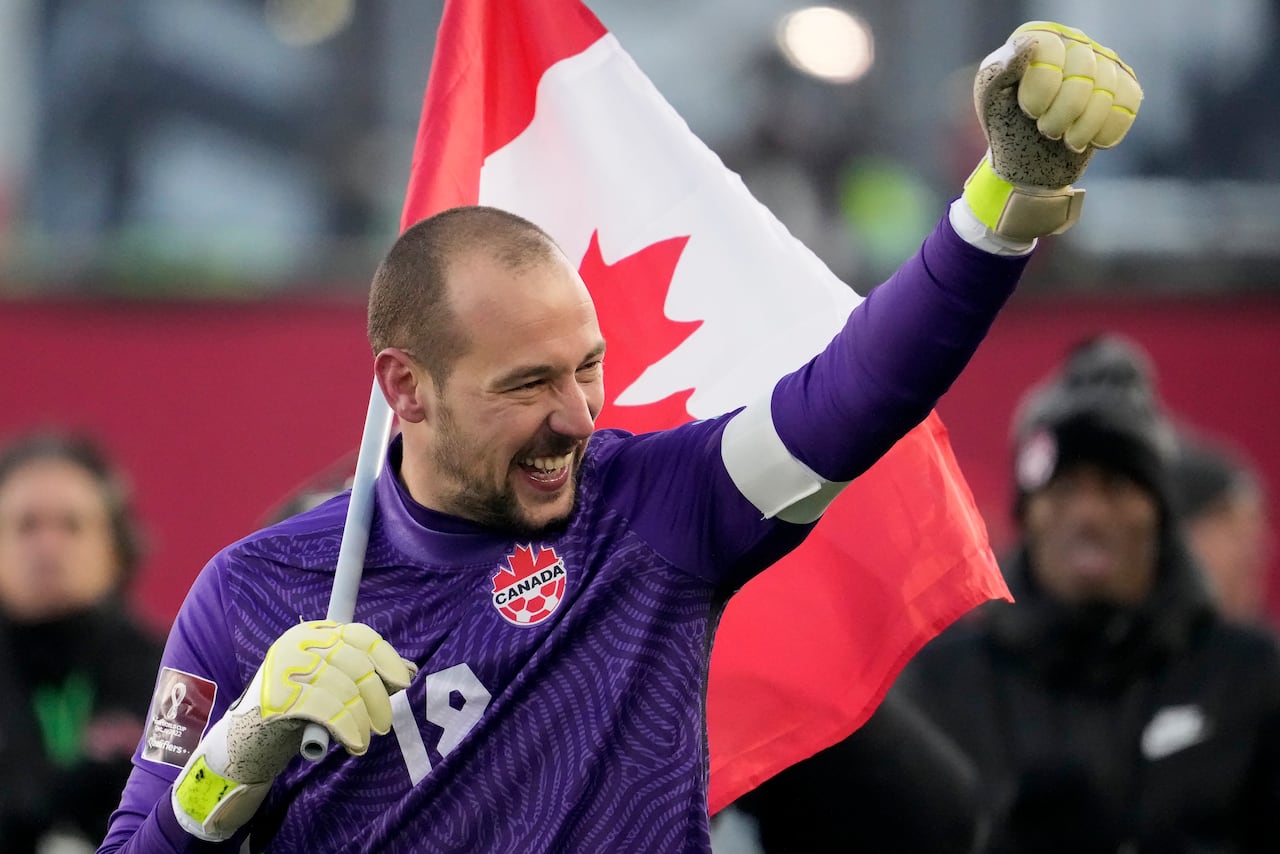 Croatian-born, Red Star Belgrade ‘keeper Milan Borjan, is likely to make his World Cup bout for Canada at the age of 35.

Canada are making their first World Cup appearance since 1986 and under the stewardship of Englishman, John Herdman, finished top of the CONCACAF qualifying group. They are certainly not there to make up the numbers.

Lining up against Morocco, Croatia (the country of Borjan’s birth) and Belgium in Group F, they have been dealt a challenging hand against three experienced World Cup competitors, including the 2018 runners-up.

Making 67 caps for Les Rouges, Borjan has been on a journey that saw them rise from 72nd to 40th in the FIFA world rankings.

With a so-called ‘golden-generation’ that features Bayern Munich star Alphonso Davies, Canada could surprise a few in the Gulf. 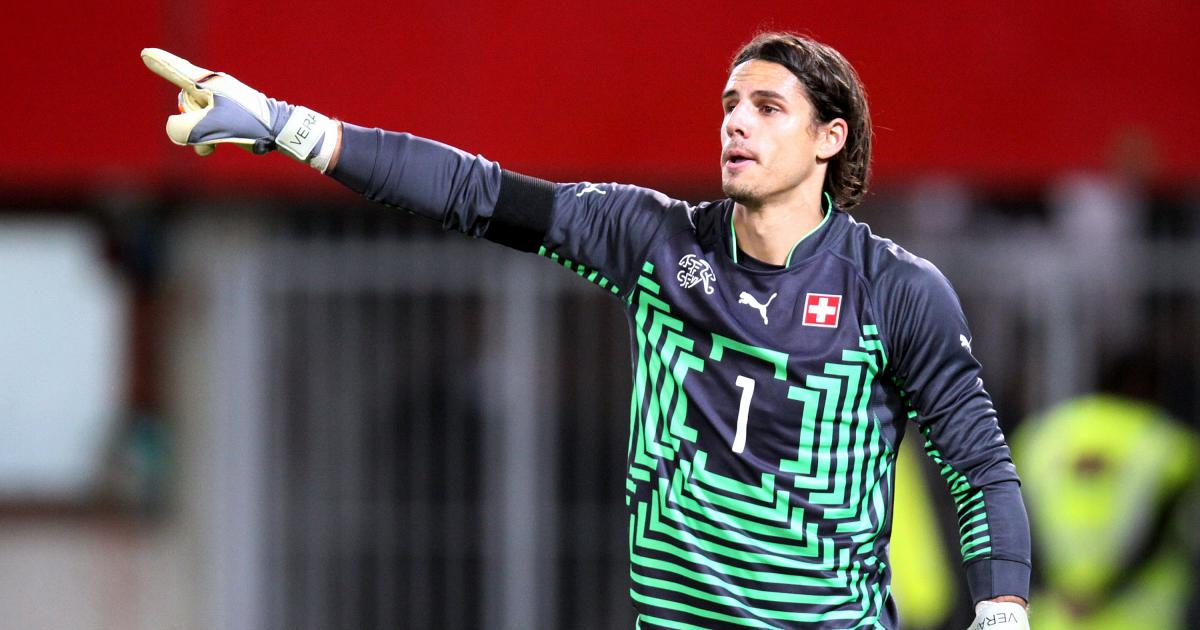 The perennial vanilla World Cup side, Switzerland are another team changing perceptions.

Recent performances under Murat Yakin, notably at Euro 2020 where they knocked out France, are making the world sit up and take notice of a side who in variably go out of tournaments in the group or unspectacularly in the first knockout game.

Yan Sommer has been a stand-out performer and was instrumental in their penalty shootout win over the world champions to reach the quarter final of the European Championships.

Switzerland are in a group with typically colourful, vibrant footballing nations in Brazil and Cameroon, with an impressive Serbia side making up the other spot.

Group G is a tough one to call, but with their new-found belief Switzerland will fancy their chances of progressing far.